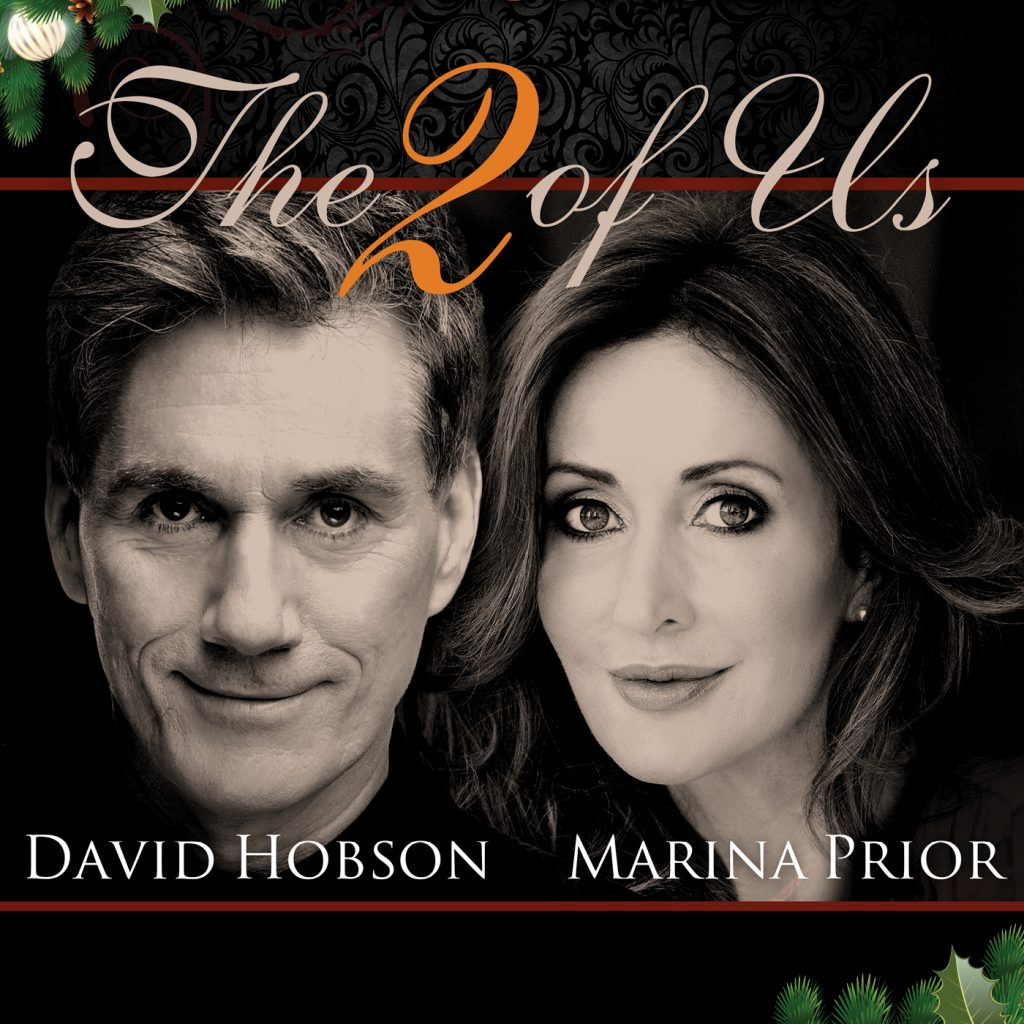 Marina Prior & David Hobson (SOLD OUT)

After 3 back to back years of selling out 100 + shows around the country and over 75,000 tickets, Soprano and Tenor powerhouse legends of Musical Theatre and Opera, Marina Prior & David Hobson embark on their Encore Tour, ‘The 2 Of Us’ in up close and personal mode.  Brand new songs, back-stage and life stories, and including the classics from their vast repertoire spanning 35 years in a 2 hour spectacular show.

Accompanied by renowned pianist David Cameron, in a two-hour intimate performance, Marina and David will perform their classics from productions such as The Phantom of The Opera, Cats, Evita, Les Miserables, West Side Story, Guys and Dolls, Chitty Chitty Bang Bang and La Boheme, to name but a few, as well as favourites from their award-winning albums.

‘It’s been beyond our wildest dreams to travel this beautiful country of ours being supported by Australians in our own backyard” says Marina & David.  “We’ve met so many wonderful people and made new friends along the way and we privileged to be able to do this and do not, for once take it for granted’, says Marina & David.

“It’s great that we have the opportunity to take the show to the people, in areas around the country, that we may not have otherwise been able to get to with some of the bigger productions we perform in’ says Marina. ‘With the Up Close & Personal show, it’s like you’re in our living room and we’re in yours, singing both your and our favourite songs with a few funny career stories thrown in’, says David.

David Hobson is one of Australia’s best-known operatic tenors, musical theatre performers and recording artists.  He has sung and performed many roles for Opera Australia, performed lead roles in musical theatre, sung for the Queen, featured at the AFL Grand Final, Carols by Candlelight, Spicks and Specks, Dancing with the Stars, It Takes Two and has been a presenter on Foxtel’s Arts Channel, Studio.

Marina Prior is regarded as Australia’s leading lady of musical theatre.  She is best known for her lead role in The Phantom of the Opera and Cats, to name just two. She has also performed with international stars including Richard Harris and Jose Carreras.  Well known for her Carols by Candlelight performance each year, she was recently seen on the ABC TV series The Divorce.  In 2006, Marina was honoured with an induction into Australia’s 100 Entertainers of the Century.

Hear the classics, their recorded favourites with a hint of humour thrown in!  Definitely a show not to be missed!