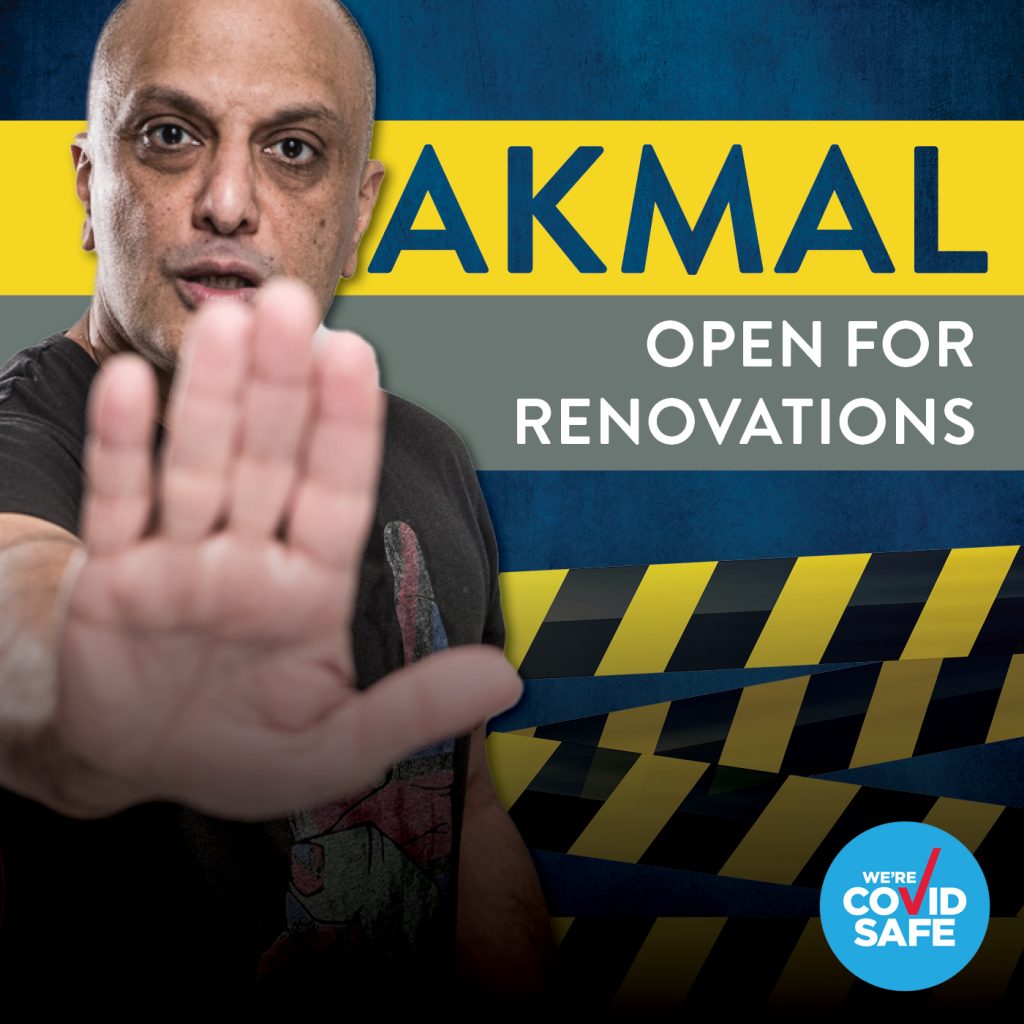 Have you always wanted a perfect body, with rock hard abbs and buns of steel without ever getting out of bed?

Imagine having enough confidence to get out of your car during a road rage incident that wasn’t your fault, instead of apologising and cowardly driving off as quickly as you can.

If you have ever wanted to be so financially wealthy that you could pay Rupert Murdoch to drop his pants and perform a silly dance while singing in a high pitch voice, just for a laugh.

Well in this one-hour show, Akmal will be asking the audience if they know how he can achieve these things.

A life changing experience or your money back!

Known for his incredible ability to deal with hot topics in a hilarious and slightly offensive way, Akmal promises this year to deliver a show that is punctual and jam-packed with words…some of which he will be using for the first time.

One of Australia’s most respected and accomplished comics, Akmal draws on his Arabic heritage, his experiences immigrating to Australia at the age of 11, and his disillusionment with religion and the modern world to deliver a stand-up show that is fresh, honest and ridiculously funny. Whatever you do don’t mention the words – Bush rats.

Saleh entered the world of comedy in 1990 under the alias Peter Saleh (“so people would think I was white”, he says).  Since then he’s performed in movies, on TV and as a regular radio and talk show host, and has written a book about his journey from Egypt and his life as an Arab on the Australian comedy circuit.

As a stand-up he’s performed at Festivals all around the world including Edinburgh, Montreal & The Melbourne International Comedy Festival and has won numerous awards, including two ARIA nominations for his live specials…