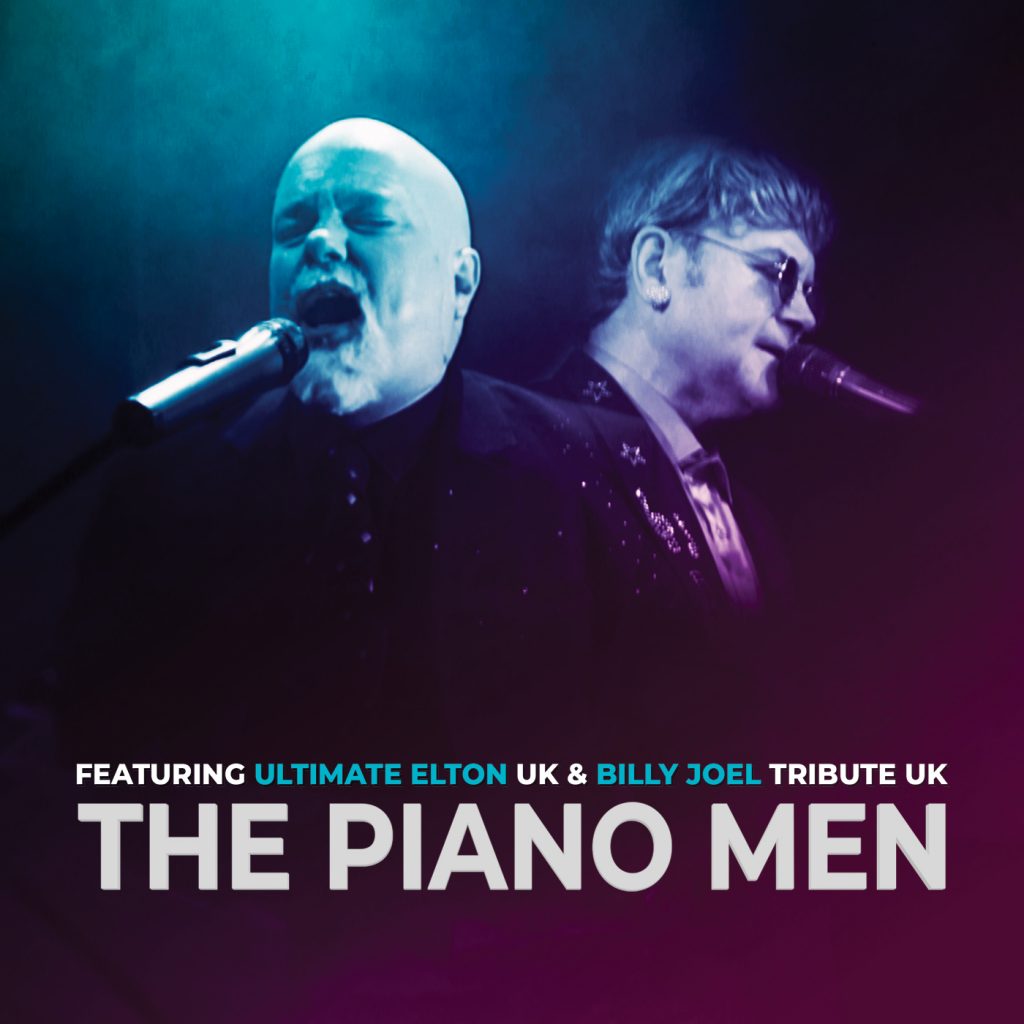 Billy Joel and Sir Elton John are two of the best-selling music artists of all time, having sold over 500 million albums worldwide, with Studio albums, 100 Top 40 hits, Grammy Awards, Rock & Roll Hall of Fame and The Songwriters Hall of Fame and much much more

Rapidly established as the foremost Elton John and Billy Joel Tribute act in the UK, they present an uncannily accurate reproduction of the classic live shows of two of pop music’s most successful and best-loved artists

They are able to draw on this amazing catalogue of hits to create a dynamic and powerful live celebration of their music. Featuring classics like ‘Candle in the Wind’, ‘Don’t Let The Sun Go Down On Me’, ‘I’m Still Standing’, ‘The Bitch is Back’ and ‘Saturday Night’s Alright For Fighting’ Just The Way You Are, Uptown Girl, Tell Her About It, River Of Dreams, We Didn’t Start The Fire, My Life, She’s Always A Woman, and the ever-popular, Piano Man.- as well as other live favourites, the band creates a truly spectacular and professional show – The challenge is often not what to play, but what to leave out!

Direct from London’s West End this is a spectacular evening of song you should not miss. For over 2 hours this will be a singalong frenzy.