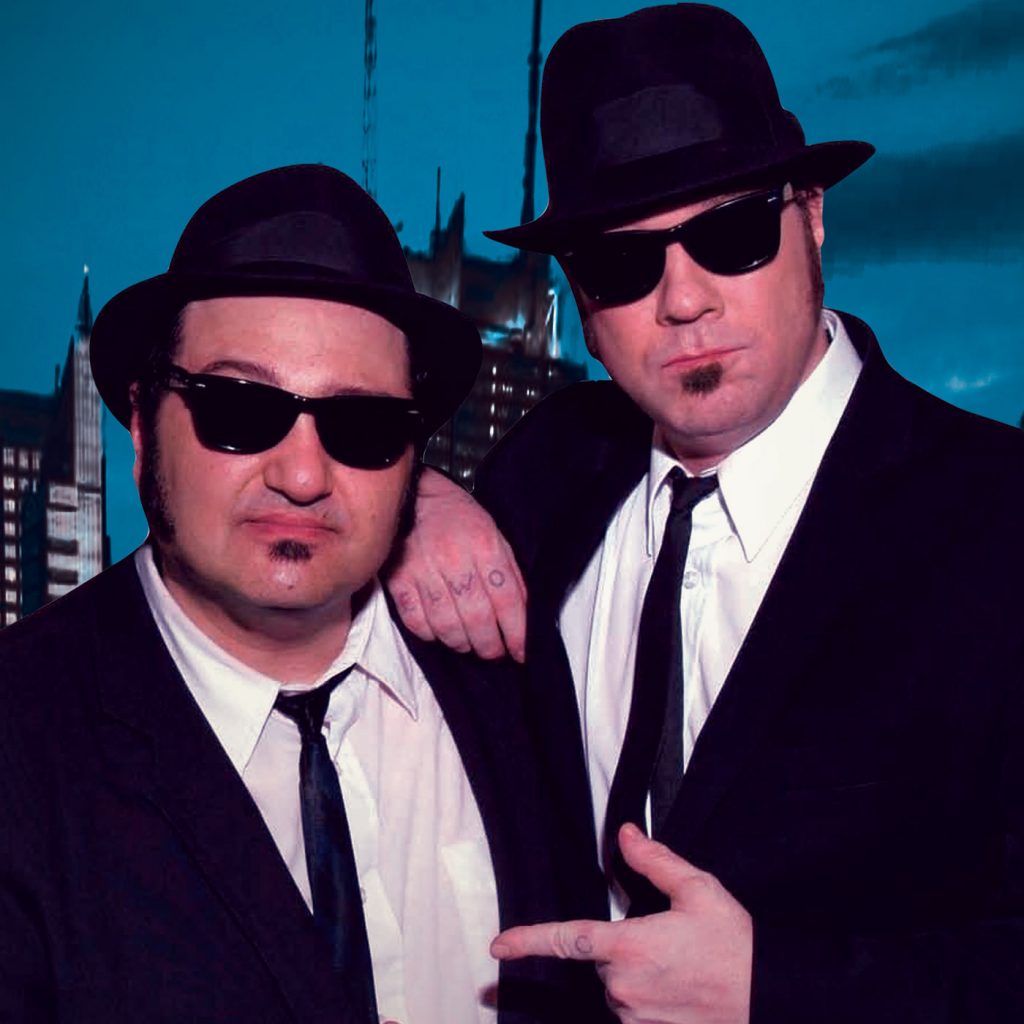 NB. Children under 13 years of age not permitted to this event

BLUES BROTHERS with a Belushi Blessing and direct from the U.S.A

It seems like yesterday that brothers, Jake and Elwood Blues, played by John Belushi and Dan Aykroyd, invited the world to join them on a ‘mission from God’.
The hit movie The Blues Brothers was a loveable tale of redemption about the pair of paroled convicts, who set out to save the Catholic orphanage in which they grew up, from the taxation department. As the story goes, they re-formed their rhythm and blues band, The Blues Brothers, and organised a concert to raise $5,000 to pay off the debt and save the day.
But things never went according to plan for Jake and Elwood, and their story evolved into a rollicking journey of misadventure, and one of best loved movies of all time.
Now, fourty years on, the Blues Brothers’ live on in the Official Blues Brothers Revue, and Australian Blues Brothers fans are set to get a nostalgic musical fix when the pair arrives from America to begin a tour Downunder.
Starring Wayne Catania as Jake and Kieron Lafferty as Elwood, the Blues Brothers Revue is the only Blues Brothers show to be officially sanctioned by Dan Aykroyd and wife of the late John Belushi, Judith Belushi.
Judith, who is an accomplished writer, graphic designer and artist, married John Belushi in Aspen, Colorado in 1976. They remained married until John’s untimely death on March 5 1982.
Judith Belushi along with Dan Aykroyd, continued to fly the Blues Brothers’ flag in John’s honor. Together, they created ‘The Blues Brothers Revival’ which was produced by Judy and Dan.
After auditioning over 200 Blues Brothers teams for the world premier of their musical, Judith, Victor and Dan came across Wayne and Kieron, who were immediately cast in the lead roles.
Judy, and Dan’s Official Blues Brothers Revival ran successfully for five months in Chicago’s Centre for the Performing Arts, winning rave reviews.