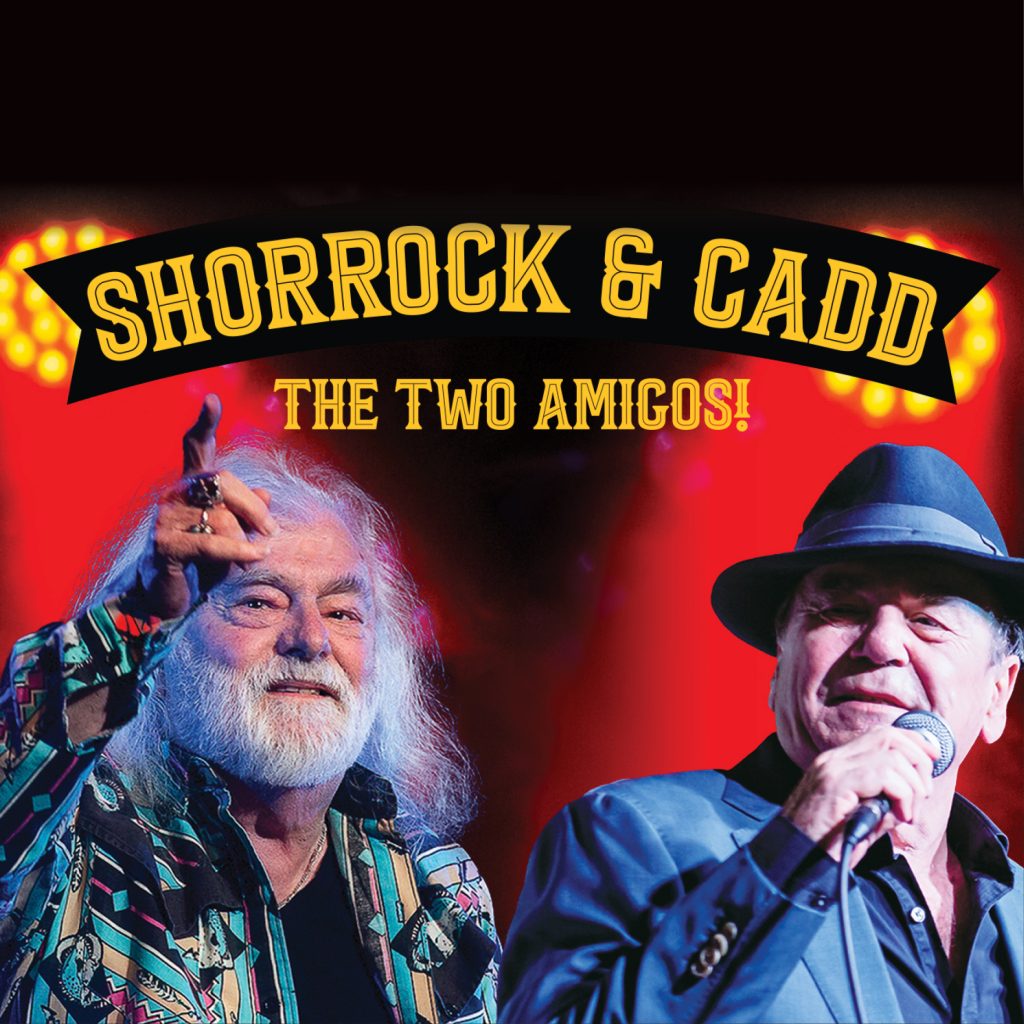 Aussie music legends, Glenn Shorrock and Brian Cadd are reuniting on stage for a run of shows along the east coast in 2022.

Our very own “Two Amigos” will be joined onstage by a 5-piece band to present an evening full of wonderful music, poignant memories and loads of laughs guaranteeing that this will be far more than your average stroll down memory lane.

Shorrock and Cadd will be performing hit after hit, including Little Ray of Sunshine, Reminiscing, Ginger Man, Arkansas Grass, Cool Change, Help is on its Way and Don’t  You Know It’s Magic from their past supergroups – The Twilights, The Groop, Axiom, The Bootleg Family, and Little River Band.