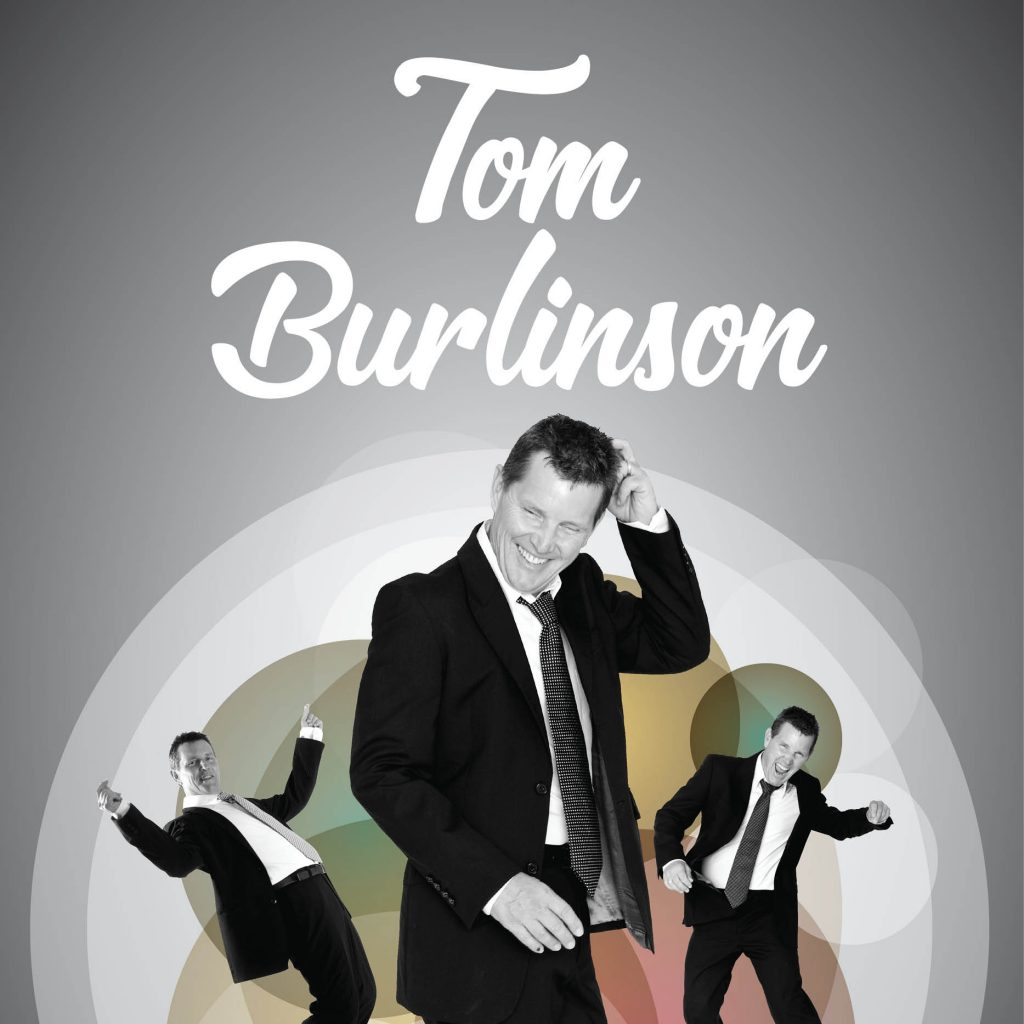 Presenting Australian star of screen and stage, Tom Burlinson, in his latest musical production,
NOW WE’RE SWINGIN’ – a sensational, swinging salute to the masters of the genre.

Tom’s illustrious career stretches from acting and singing, to television host and theatrical producer. He first shot to stardom in the ‘80s when he was cast in the title role in the box office hit, The Man from Snowy River, which became one of the most successful Australian films ever made. This led to a string of starring roles in movies such as Phar Lap, Eureka Stockade, Flesh and Blood, The Legend of Kootenai Brown, The Man from Snowy River II, and many more.

In the ‘90’s, Tom revealed that as well as being an immensely talented actor, he also had an amazing voice. His first professional singing engagement was as the voice of the young Frank Sinatra in the Warner Brothers mini-series ‘Sinatra’.

“This music is, to a degree, timeless,” says Tom. “A lot of the songs in the show were written for musicals produced in the 20s, 30s and 40s. They have intelligent lyrics and melodic structure, and that’s why they’ve become classics of the genre.”

Tom’s show includes the greatest songs from the era of swing, and the ones for which the individual singers became best known.

“I have included classics from Tony Bennett, who has fantastic pipes and was Sinatra’s favourite singer; Nat King Cole, who was smooth and jazzy; the multi-talented, high-energy Sammy Davis Jr, Dean Martin, who was the epitome of cool, and Bobby Darin who also had some big hits.

“I don’t set out to imitate how they sang these songs, but many of the arrangements in the show are based on the originals, whether by Nelson Riddle, Billy May, Quincy Jones and George Rhodes. If people know a song well, they’ll be familiar with our versions.”

Tom says his show would not be complete without a selection of Sinatra songs.

“Many people who come to see the show will be expecting to hear Sinatra. For me, he was the greatest of them all, but that’s not to say they weren’t all great.

“Sinatra may not have had all the individual elements some of the other singers of the era had, but when Sinatra sang a song, it got sung!” says Tom, who has loved Sinatra’s music since he was a child.

“When I was only three years old, I used to say to my mother ‘Put on the man in the hat’. That was the album ‘A Swingin’ Affair’, which had a picture of Sinatra on the cover in his trademark fedora.”

Tom has included all-time greats, such as I’ve Got You Under My Skin, Summer Wind, That’s Life and Mack the Knife in the Sinatra segment of the show.

Tom says swing has become ‘cool’ again due to the immense popularity and success of artists such as Harry Connick Jr, Robbie Williams and Michael Bublé, who have added their own spin to some of the greatest swing songs.

“If you like these people, you will like what I’m doing in this show. I’ve found that younger audiences don’t realise that these songs were originally written and performed back in the ‘40s and ‘50s. I like to set the record straight and make sure the audience knows who they originally done by.

“I always joke that if the first time you heard this song was on a Michael Bublé album, look further back. There’s no doubt Bublé is a huge fan of Sinatra and there’s no doubt that Sinatra would love to know that a younger audience still loves his songs.”

The songlist for the show is a feast of swing classics, including Sway, Just in Time, Beyond the Sea, L-O-V-E, Birth of the Blues, The Way You Look Tonight, Ain’t That a Kick in the Head? and Feeling Good. It also includes Anything Goes and I Won’t Dance from the albums Songs for Swingin’ Lovers and Tom’s favourite Sinatra album, A Swingin’ Affair.

Accompanying Tom on stage will be a live band, including some of Australia’s best jazz musicians.

Book now for an evening of timeless music with a dash of style as Tom Burlinson takes to the stage with  “Now We’re Swingin’ “.