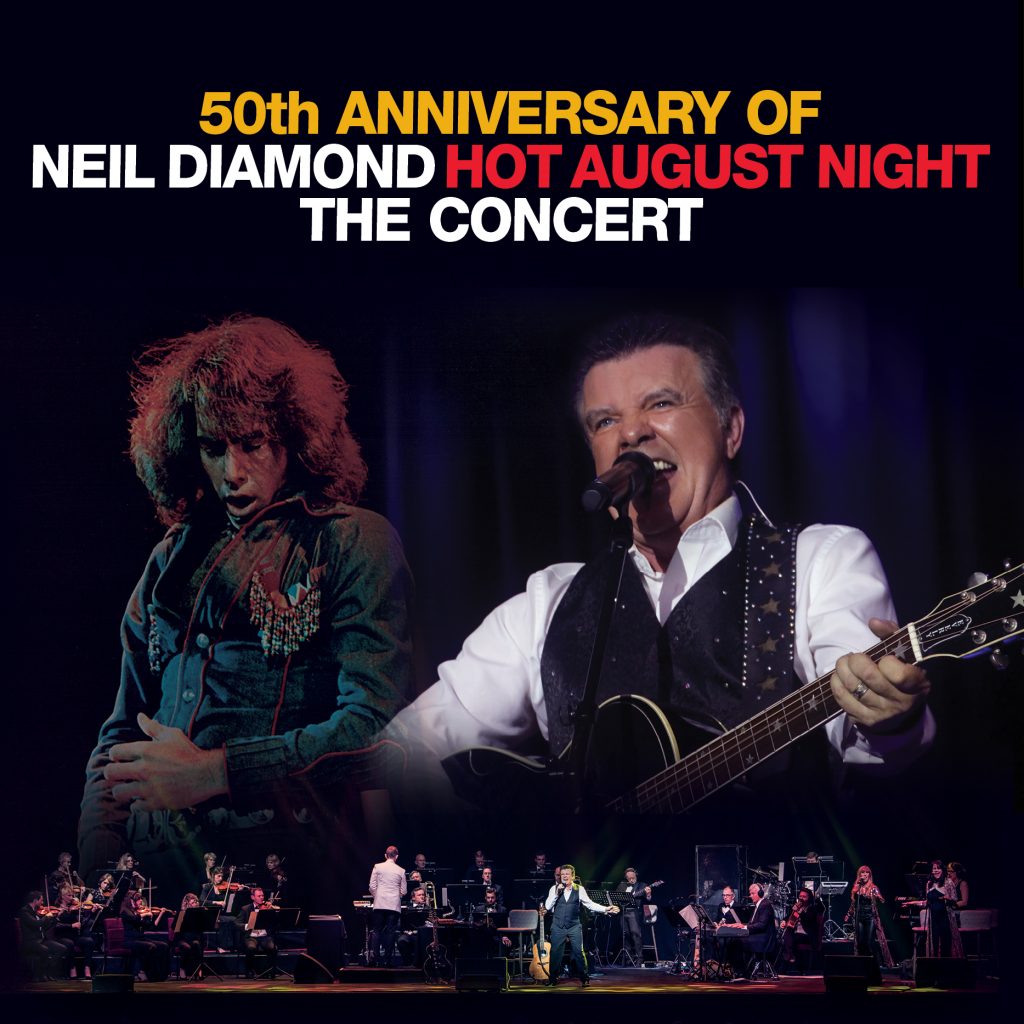 Celebrating the 50th anniversary of the legendary recording “Hot August Night”, PETER BYRNE brings Neil Diamond to you together with a 30-piece symphony Orchestra.

It is exactly 50 years to the day since Neil Diamond stepped on stage at the Greek Theatre in Los Angeles with a symphony orchestra and recorded what is still known today as one of the greatest epic live albums of all time. Now that album will be re-created in its original format in a national tour by Peter Byrne and the Sydney International Orchestra.

Featuring classic songs Crunchy Granola Suite, Cherry Cherry, Sweet Caroline and I am I said…see the same spontaneous display of energy and sensuality of Neil diamond with the superb talents of Peter Byrne. Peter’s capacity to recreate Neil Diamond to a standard that Neil himself has endorsed on many occasions hearing Peter’s tribute. Neil Diamond recently announced retirement from live performing due to illness and many of his fans both in Australia and worldwide were devastated and saddened at the news, so Peter decided he will salute 50 years of his music with some special moments in the show. This is as real as Neil could be…

With a 30-piece Symphony Orchestra Peter reenacts every song from the albums as Diamond recorded it. After sell out shows in Australia over the last 20 years and Peter’s first sell out tour of Ireland in 2019 and 2022, Hot August Night returns to your favourite venues in New South Wales through August and September 2022.

“….the day I see a better Diamond, will be the day the man himself appears on stage” … Adrian Revere…The Mercury