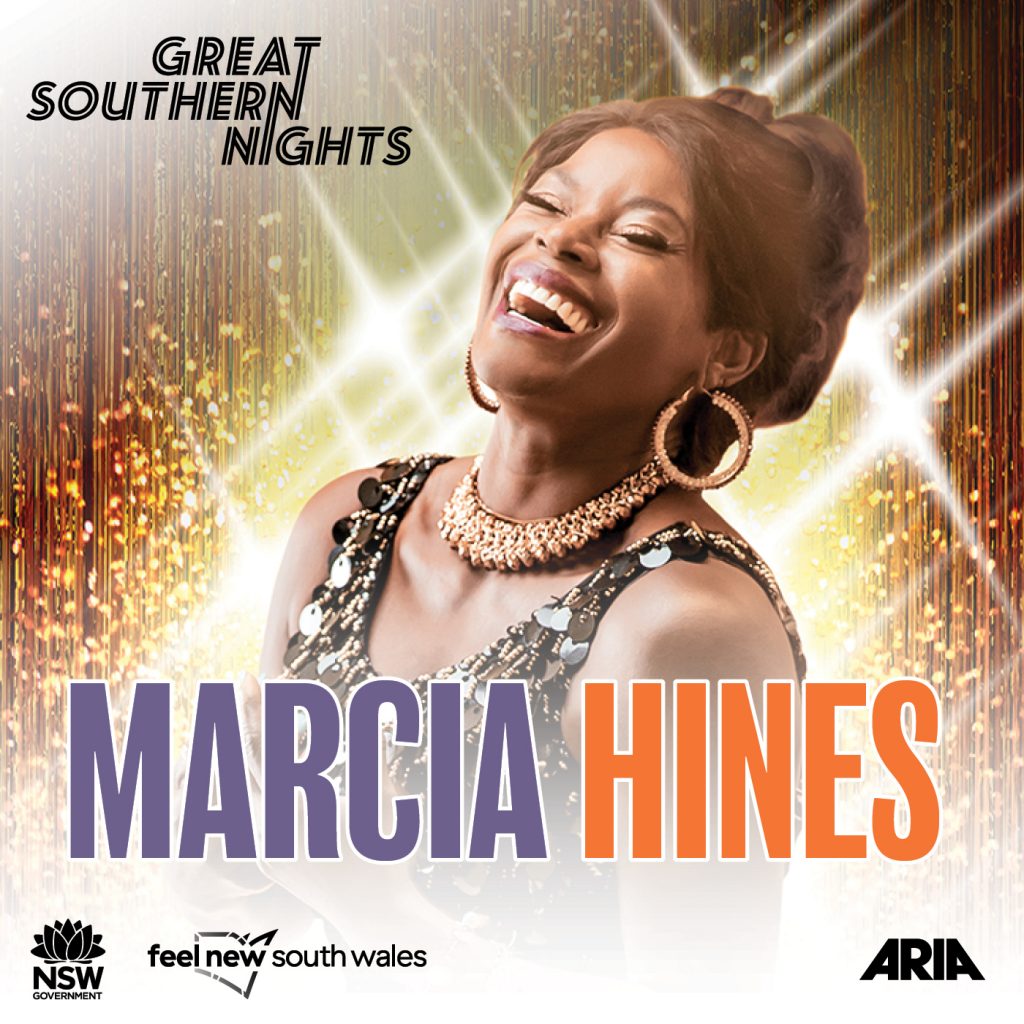 Marcia is an inspiration to women and Australians everywhere, constantly reinventing herself and setting industry benchmarks; moving from Boston Massachusetts to Sydney at just 16 to star in the Australian production of Hair, being the first black woman to star in Jesus Christ Superstar and advocating ceaselessly for diabetes.

Marcia was Australian Idol’s favourite judge for the show’s seven consecutive years, and was inducted into the ARIA Hall of Fame in 2007. She received the Order of Australia (AM) in 2009 for her services to the Australian Entertainment Industry as a performer, judge and mentor, and to the community through a range of charitable organisations.

The legendary former ‘Queen of Pop’ shows no sign of letting up!  The hit fringe festival stage production Velvet began in Adelaide in 2015 and has travelled the world with Marcia in the starring role.  In January 2019 a new Spiegeltent production, set in the streets of Paris and titled Pigalle was the sell-out hit of the Sydney Festival.

Concert performance dates then followed through the balance of 2019 and now, in the difficult times of 2020, her role in Shrek The Musical was curtailed in March once the lockdown arrangements were in place, however Marcia did travel to Adelaide for the Adelaide Fringe Festival in her starring role in Velvet Rewired.  The production was greeted by the public and critics alike as “The best show at Fringe 2020!”.

The amazing Miss Hines and her never ending career inventions are a wonder to behold and have kept her at the pinnacle of Australian entertainment.