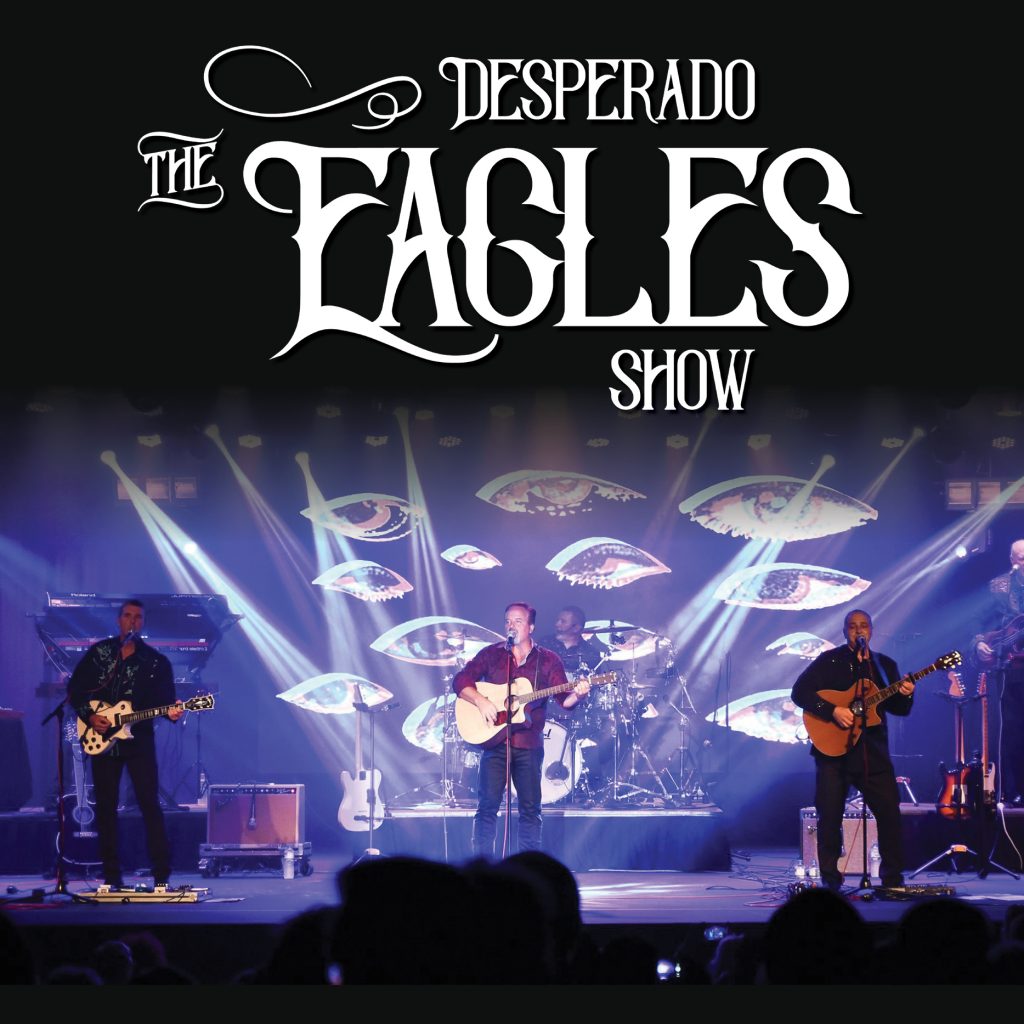 The Eagles are without doubt, one of the most popular bands worldwide. Their unique, melodic country-rock sound has spawned numerous hits, which are constantly played on major radio stations all over the world, with the most popular being the Hotel California album. Many believe this album was created well before its time. In a recent survey taken throughout Europe, Canada, the UK and USA, punters voted The Eagles as the ‘most popular contemporary band’ of all times, ahead of The Beatles, The Beach Boys, and The Bee Gees.

The Eagles broke up in 1980, and DESPERADO The Eagles Show was formed some years on to fill that void left by one of the most prolific bands ever. The multi award winning DESPERADO The Eagles Show, skillfully and meticulously, recreates that sound which flooded the World music stage. In the mid 90’s The Eagles reunited after a “15 year vacation” to tour the World and once again, filled every stadium and large venue Worldwide, which lays testament to their enormous popularity. Their most recent album release titled “Long Road Out Of Eden”, instantly charted in the ARIA charts and they won the Grammy for Best Country Performance by a Duo or Group with Vocals for “How Long”, just one of the singles from the album.

DESPERADO The Eagles Show has authentically recreated the great musicianship coupled with precision vocals and harmonies, all of which are performed live. The band comprises of six talented musicians from Sydney Australia – Mark Anthony: guitar/lead vocals, Brendan Tinker: lead guitars/vocals, Ross Russo: guitars/vocals, Trevor Walsh: bass/vocals, Vern Aliberti: keyboards, Jason Rodziewicz: drums/vocals. Together, they celebrate and faithfully reproduce and deliver to you the music of one of the greatest bands of all time. Audiences will be overwhelmed as they hear The Eagles hits from all albums of this iconic band….hits like, Hotel California, Tequila Sunrise, New Kid In Town, Take It Easy, Best of My Love, The Last Resort, Lyin’ Eyes, Heartache Tonight, The Long Run, plus hits from their solo career and many more.