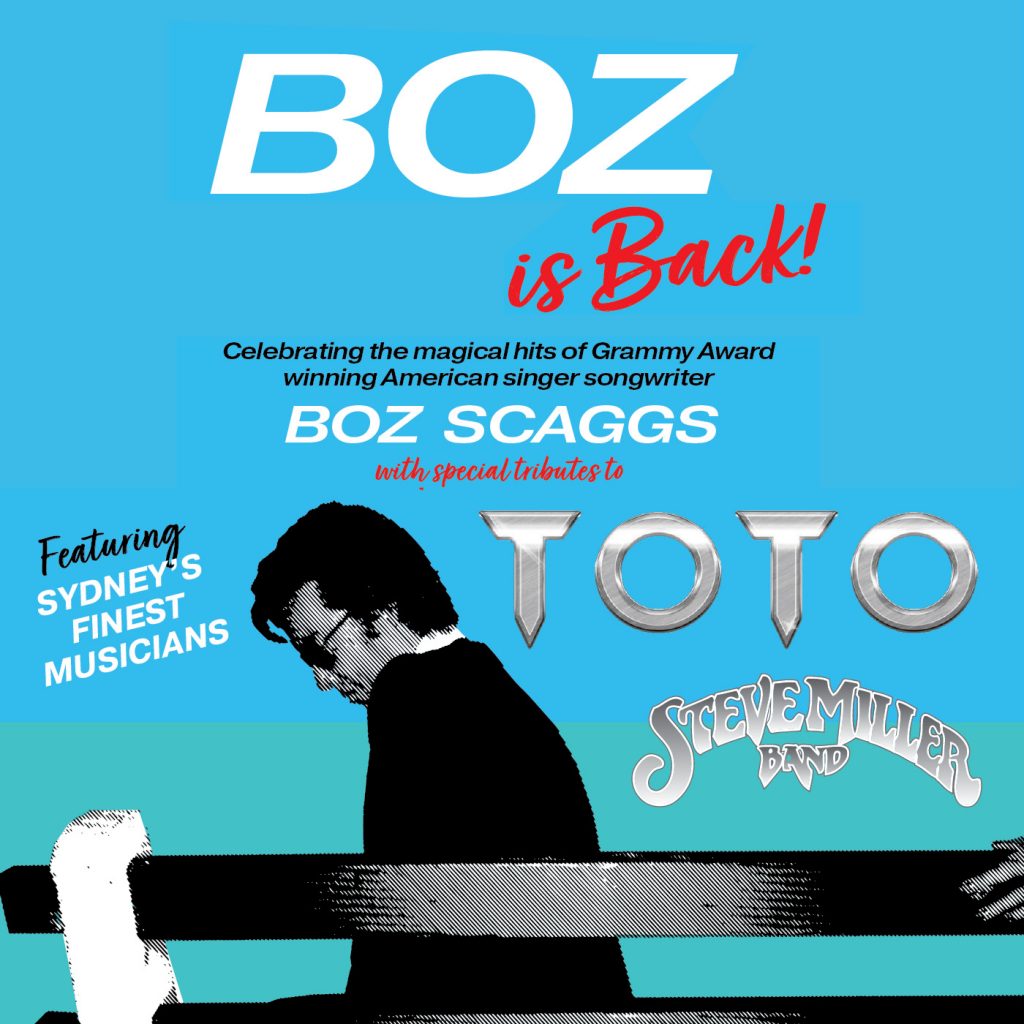 Boz Scaggs – Boz is back

Out of the Box Productions are super excited to be bringing their ‘Boz is Back’ Show to North Sydney Leagues.

This 2 hour Show is the ultimate tribute to Mr Boz Scaggs which also features the hits from Toto and The Steve Miller Band.

With a 40 year career in music Boz has explored rock, blues, and soul genres to create a trademark sound. He began his career in the Steve Miller Band in the 1960’s as a guitarist and one-time lead singer and then moved on to having a successful solo career.

Sit back in your seats and join some of the most refined and talented musicians in Australia and enjoy this musical feast as they perform for you melodies that showcase Boz Scaggs energetic vocals.

Fronting this Show is the amazing Tim Moxey, who brings a wealth of experience to the stage. Receiving high praises for his performances on The Voice and X Factor, Tim has also recorded two albums with a third due for release in 2022.

The hits that you will hear will include ‘Lowdown’ and ‘Lido Shuffle’ from Boz’s bestselling 5 time platinum and critically acclaimed album ‘Silk Degrees’ that lead to a sold-out world tour.  As a bonus you will also get to hear hits like ‘Africa’ & ‘Rosanna’ that were produced from the session musicians who performed on ‘Silk Degrees’ and who went onto form the popular American rock band ‘Toto’    The night will also include the best of Steve Miller Band including ‘Abracadabra’ and ‘Jet Airliner.’

This wonderful new Show is not to be missed.